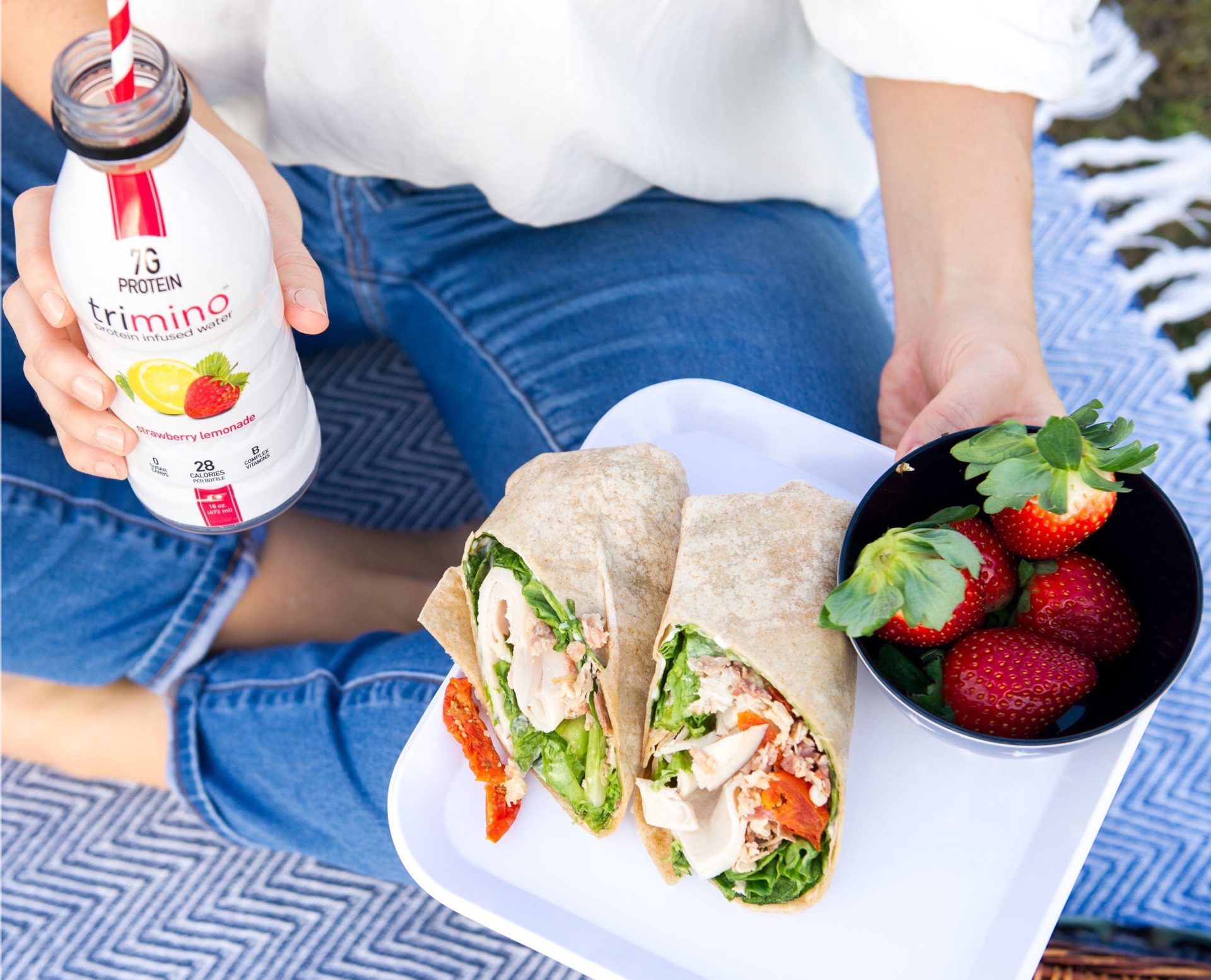 The best products solve a problem, and our newest partner, trimino Protein Infused Water, did just that. When Bob Leary realized what was in the sports drinks his college athlete kids were drinking, he thought, there’s got to be a better option.

“The genesis of trimino came from observing our kids and what they consumed when playing football, hockey, and lacrosse. They were consuming large quantities of sugary drinks that made very little positive contribution to their nutritional health. The ‘ah ha’ moment came with the question, ‘Why not replace the empty calories from sugar with something healthy?’ Protein was our answer,” explains Bob. We spoke to this founder and dad of four, about launching trimino, why it’s a game-changer for youth sports (pun intended!) and what’s next for the brand.

To try Trimino, go to drinktrimino.com and use code LocalMoms15 for 15 percent off your first order!

Can you please share a bit about your story – we love a good Dad-founded business!
I had just retired from the healthcare software business and was on a quest to read books and coach high school and youth lacrosse. I was also spending a lot of time chasing my four kids around their various college campuses. While my daughter played ballet and studied at NYU, and is now a movie producer, my three sons were recruited to play Division I Lacrosse at West Point and Hofstra. During that time two acquaintances approached me about starting a beverage business and trimino was born.

Over the last few years three of my kids have/are working for trimino.  Kevin was a regional director of sales but left to pursue a Masters degree at Johns Hopkins in Maryland. AJ is our director of E-commerce and drives about 25% of our business. Katie is our resident social media expert. Using her movie producing background was instrumental in getting product placement for trimino in several films.

Can you tell us a bit more about the trimino formula?
First, it is a flavored water with all the hydration properties of water but more. Second, it has functional properties from its protein and vitamin B complex that have meaningful health benefits. Third, it has a formula that naturally increases energy without caffeine, sugar, or other stimulants. And, fourth, it’s a great sports drink because of the fast absorption of protein into the body. All of that and it tastes great too!

Excellent! So who is trimino’s target audience?
Everyone! Seriously, it’s widely popular because it fits so many need states and occasions. Kids like it during and after sporting events, and parents LOVE that their kids like it. And they like it for themselves, too.

Busy moms rave about it because it’s a fortifying snack-on-the-go when they can’t stop for much else. Office professionals, who are pressed for time and often don’t have time for lunch, use trimino as a bridge to help them get through the day.

Athletes love trimino because the whey protein isolate is a good source of fuel for their body and restores and repairs muscles after their workout. It contains just the right amount of protein in a chuggable, low-calorie beverage that hydrates deliciously!

Boomers over 50 enjoy the benefits of protein and essential amino acids for its muscle replenishment benefits, as after age 50 the body typically loses more muscle than it gains. trimino is also diabetic friendly and good for other health conditions too! 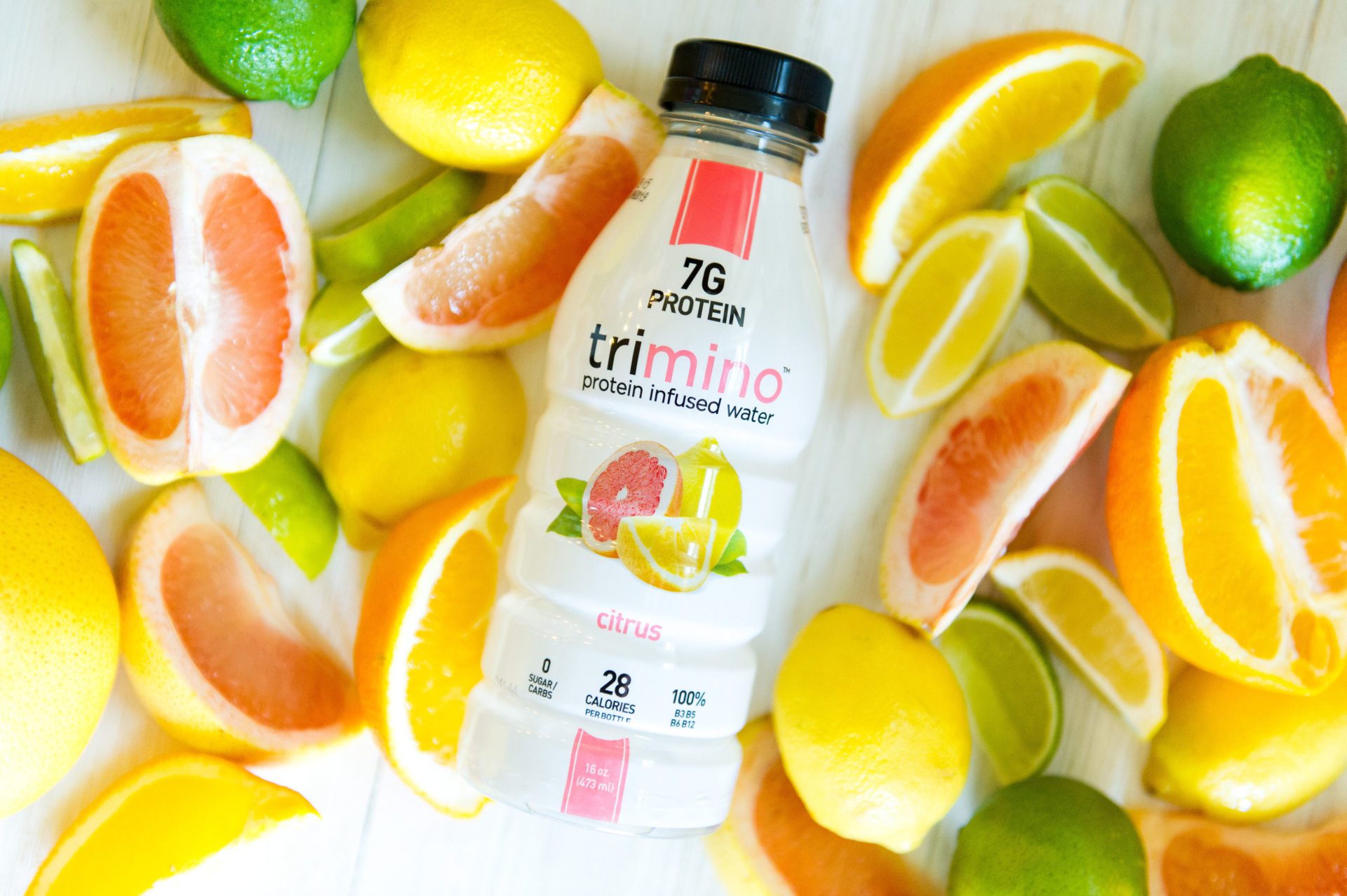 Why is a product like trimino so perfect for youth sports?
Sugar is out and protein is in. High calorie sports drinks are really for pro athletes and marathon runners. They simply have too many calories for the average youth athlete. Instead of drinking high sugar sports drinks, trimino provides all the hydration of water with the positive benefits of protein and B complex vitamins. For kids, the absence of caffeine is an additional benefit. And it tastes great. Trimino is not a substitute for water. It’s to augment water. It’s a great change of pace when you need to consume lots of water.

Can trimino be a good addition to a picky eaters diet?
Indeed. The great taste of trimino makes them feel like it’s almost a desert.  Use trimino to augment meals for an extra 7g of protein. It’s like adding an egg or a chicken breast to the meal.

It can be used in the same context for gerontology. Older people, the grandparents, often don’t cook or don’t eat what they cook. trimino is a very effect product to augment their diets.

What’s next for trimino?
As we move forward, we’re looking at new flavors, new packaging, and adding distribution channels. We also have some interesting edge expansion possibilities that are in the early stages of development.

We’re always looking for new ways to get trimino in people’s hands. We know once people taste trimino, they love it!

This story is sponsored by trimino Protein Infused Water.

We couldn’t let September wrap up without sharin

🤩Happy Thursday! 🤩 Hope you had a great wee

So this happened last night and I had no cash! I e

Now that you're getting settled into your school y

This week’s Meet a Mom interview is with Lynn Ma 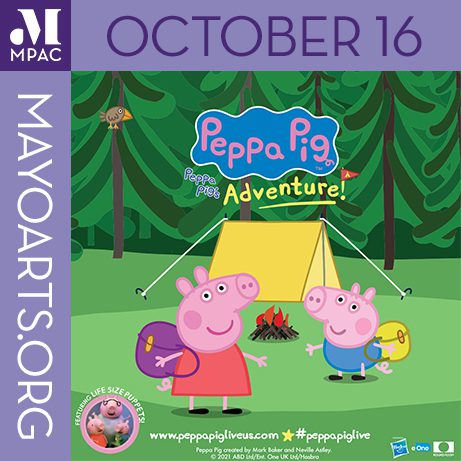